A Blessing or a Bowl of Stew?

Did you know that there are things God doesn’t like? He doesn’t like it when there are people in his house that are hostile toward him, dishonor him, or don’t respect him. He’s not going to bless people like that no matter what.

This week I want to take a different approach to a well-known bible story. It’s the story of Jacob ‘stealing’ the blessing from his brother. It’s easy for us as western thinkers to view this story, according to our own moral standards. How could a mother and brother do such a thing to a family member, and be godly? Stealing and deceiving is not godly! Or is it? Let’s look a little further into this story, and see how it applies to us today.

Rebecca and Isaac couldn’t have kids for twenty years. However, Isaac prayed with faith and Rebecca became pregnant. This was no ordinary family; this family was a faith family. They walked with God faithfully, and depended on him. When they cried out to God, things changed. Rebecca ended up having twins, and the bible said that the babies were “struggling” with each other in her womb. They were two nations, and already their future had been decided for them. One would carry on with God, and the other would not. God spoke to Rebecca and explained his plan to her, and she took this word seriously.

As the boys grew up, I believe Rebecca watched the heart condition of each child. Both boys grew up around offerings, prayer, worship, sacrifice, and a lifestyle of faith. Jacob hung around the house, and became the favorite of his mother. Esau invested his time into hunting, and was Isaac’s favorite. Esau was the firstborn, and carried the birthright of his family. Everything that belonged to Abraham, and his father Isaac would one day become his. This was very valuable, and significant to the culture of that day. However, the day Esau sold this incredible treasure for food, exposed his character. He was the grandson of Abraham, and the son of Isaac. This is not the character of these two men, and what dishonor it brought upon God. After all God and Abraham had done together, to have this man toss it away like trash. I believe Rebecca took special note of this, and other behaviors of Esau’s character.

The time came for Isaac to bestow the spiritual inheritance, and it was even more significant than the birthright. I believe what God spoke to Rebecca burned within her heart, and she was responding with urgency. I believe she loved both of her sons, but she loved God more. This wasn’t about Esau or Jacob, this was about doing what it took to make things right with God. Esau was not in a position to care for this blessing, because he was godless. He was hostile to God, and had no respect for him. Jacob on the other hand was a faulted person, but had a heart for God. Rebecca took drastic measures to make sure Jacob got the blessing, because Jacob would protect it. His heart was responsive to God, and he had the faith of his fathers. Hebrews 11:20 states that Isaac actually blessed Jacob by faith. Maybe in his heart of hearts, he knew he was blessing Jacob. Esau would not be blessed, because he had already got his reward. Living for himself, and a bowl of stew.

Did you know that there are things God doesn’t like? He doesn’t like it when there are people in his house that are hostile toward him, dishonor him, or don’t respect him. He’s not going to bless people like that no matter what. He is not a hippie God that just loves everyone and everything they do. No, He is holy, and he is right in all he does. Plus, he is a God that looks at our hearts and character. He sees those people who are broken, but have a heart for him. He has a plan for these people to restore them, bless them, give them a new name, and form their character. For those who show up to church and live a hostile life towards God, for them the only reward they have is what they strive to get themselves. Even those ‘rewards’ are temporary and do not last. In the end, when they stand before God, they are accountable for a heart that was hostile to God, and a life lived for ‘a bowl of soup.’

Today ask yourself, am I like Esau or am I like Jacob? Is my heart hard towards God, and am I hostile to the things of God. Do I care more about my own life, and can’t wait for church to get out? That is a heart that God doesn’t like in his house. Are you a broken person with faults, but have a burning desire for God? Maybe you’re like Jacob, and you’ll step out to receive a blessing by faith. There is hope for both hearts. Even a person like Esau can change, and they have to see that they need God more than anything. No matter which ‘son’ we find ourselves to be, God has the power to change us, and make us like him. Let’s begin to have hearts that are open to God more and more, and will do whatever it takes to receive the blessing by faith. 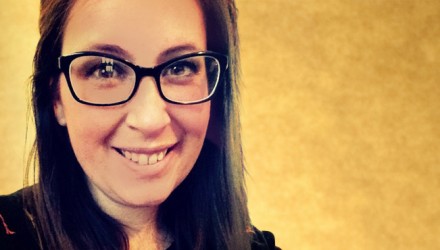 God wants us to be mature, complete, walking by faith, and stepping into big things. The only way to step into the big things is to allow

Commitment is a four letter...

Love is not an emotion, and love isn’t about